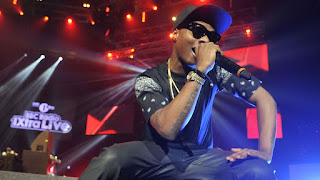 Can you define what successful means to you? Is it to make a one hit song? is it to be known worldwide? Do you want something specific or everything?
Making a hit is surely the right answer and knowing your goals will give you a direction. I think there's 2 types of musicians: 1- Some that are talented and thrown in success because they were at the intersection of perfect timing and got known, 2- Some have well planned their career step by step, just like opening a restaurant and made it work.
From what I read, you seem to be more of the second type. So let's focus on how to make a hit.
When you have a team like that, what left to do is very technical. You need to take a bunch of successful music that inspire you and want to base your sound to be. This is tricky because you don't want to be a pale imitation either. Once you have 3-5 songs, you need to analyze them inside out:
1-Be   Technical: What's the speed, tempo? What's the structure like? How are the arrangements helping it wrap it together?
This is the most boring part of the study case and it will make you hate the song afterwards so I recommend not taking a song you deeply love (no jokes).
2- Hook: What's the hook of the song? what makes it unforgettable? what is the key/scale, mood? Make it listen to a relative (someone not a musician) once, then ask them to sign it or describe it. What they remembered of it is critical and should be highlighted.
3- Preparation Post-Brainstorm: Build a template in a DAW based on your notes. This is extremely generic and flexible. Keep the same tempo, same structure, scale and so. This is where you will build your future song(s).
4- Inspiration: This is a mixture of happy accidents, hard work, improvisation, but also, team spirit. I find that it's crucial for a team, no matter how skilled they are, to spend time together and do something special in which, through communication, they find ideas, inspiration and mutual interests, questionment, quests, etc. When you thrown them in studio, there will be some sort of mutual zone of comfort in which magic can happen. This is where golden moments happen and thrown in ideas.
5- Production, Recording: record the band play together, even when no playing and keep all recorded material. Your producer can take all the recording and start working with that. I always see that as when film makers had Robin Williams play and improvise, they would let the camera roll and did edits later on. Same thing for music production.
6- Finalize The Song. As described.
Then comes promotion and this is in the hands of whoever is responsible for that. I think nowadays, going viral is the best promotion you can have. Audio alone is not enough, anymore. I think video or event related promotion is the way to go but that's a huge, different ball game there... I could go on about that... but only if the current info, above, helps.
Tags
Promotion-Tips
Related Posts