5 Times Burna Boy Proved To Be The True African Giant 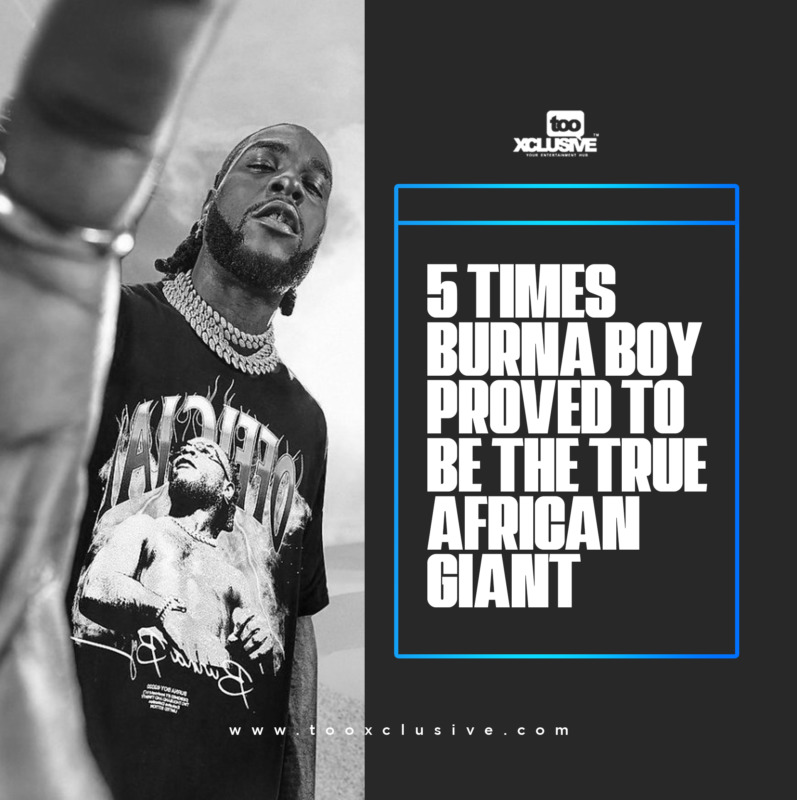 5 Times Burna Boy Proved To Be The True African Giant

1. Got Nominated at the Grammys Twice

As a Nigerian Artist, getting nominated at the Grammy is definitely a huge sign that shows you’re putting in the work. Burna got nominated twice (two consecutive years).

Burna Boy seems like a man that likes things coming in twos. He won the BET Best International Act in 2019 and 2020 over top flight artists like Stormzy, Mr Eazi and AKA.

3. Burna Boy Was The Only Guest Artist In Beyonce’s “The Lion King: The Gift” Album With His Own Track

Burna Boy’s talent and distinctive delivery earned him a slot on “The Gift Album” for his “Ja Ara E” song with no feature.

Burna Boy was featured alongside World Football Stars like Paul Pogba, Jordan Sancho, Lionel Messi, in Pepsi biggest advert of this year. Clearly, he is definitely doing something great as the African Giant he is.

After being nominated at the 2020 Grammys and losing, Burna Boy stepped up to the challenge once again and he was awarded the Best Global Music Album Award at the 2021 Grammys. The win was the first ever Grammy Plaque by a Nigerian and also a huge win for “Africa” and “Afrobeat” as a whole. He definitely is the African Giant.

The post 5 Times Burna Boy Proved To Be The True African Giant appeared first on tooXclusive.