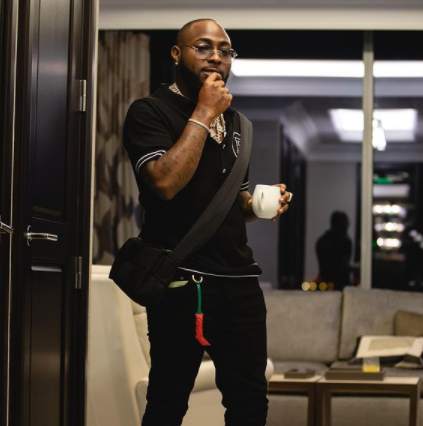 His estimated worth of $6.6 Billion has created such a buzz on social media that many couldn’t help but Google him.  Fans are truly inspired by the rapper’s ability to crawl out of debts to owning his Yeezy brand and also partnering with Adidas and Gap Inc. Amongst these inspired fans is our very own, OBO, Davido.

Davido reacted to this report via his IG story where he indirectly informed his fans of his new life goal.  He shared a post which he captioned  “Inspired”. 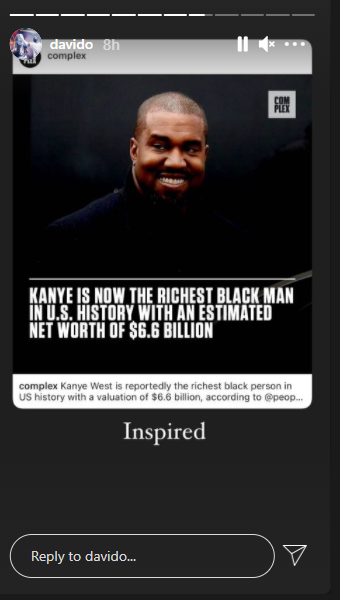