Johnny Drille’s “Hallelujah” Vs Ladipoe’s “Know You” ft. Simi… Which Is Your Favourite? 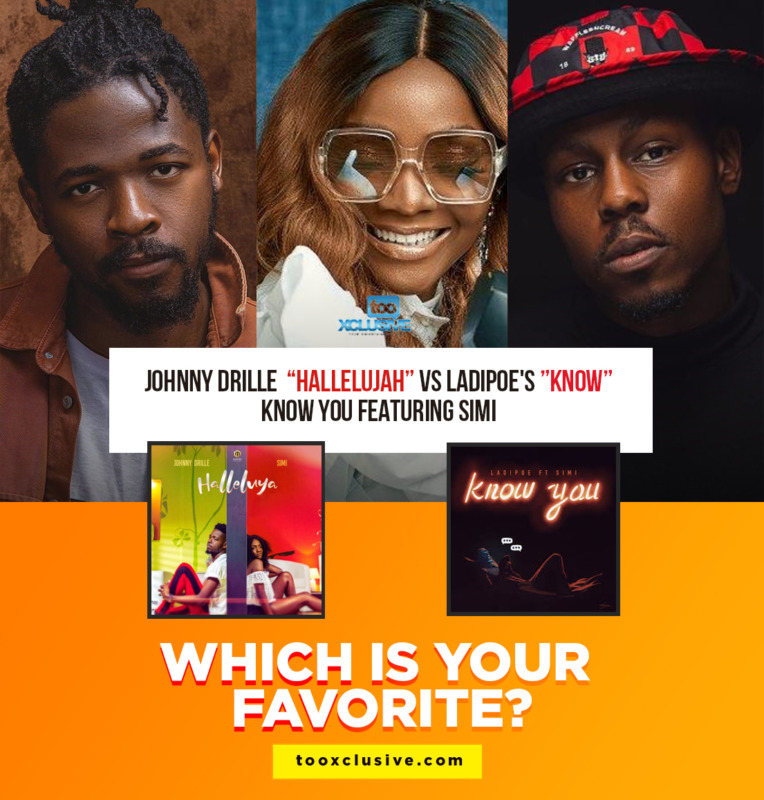 Mavin’s artistes; Johnny Drille and Ladipoe worked with Nigerian female singer, Simi to release a single each titeld; ‘Halleluyah‘ and ‘Know You‘ respectively. Both act created magic with Simi

Johnny Drille “Halleluya” featuring Simi is a love/romantic song that talks about the confusion in the hearts of both Johnny and Simi on how they feel about each other, released in 2018.

Rapper, Ladipoe teamed up with Simi in 2020 and they created ‘Know You‘… This was one of 2020’s big collaboration. “Know You” is a song that talks about two opposite sex friends who want to be more than just a friend.

Music lovers liked Simi on both songs from the Mavin artistes.. But many Loved one and related with it more. This has brought us to ask, Between ‘Halleluyah’ by Johnny Drille featuring Simi and ‘Know You’ by Ladipoe also featuring Simi… Which Is Your Favourite? Do You Love The Most?

The post Johnny Drille’s “Hallelujah” Vs Ladipoe’s “Know You” ft. Simi… Which Is Your Favourite? appeared first on tooXclusive.