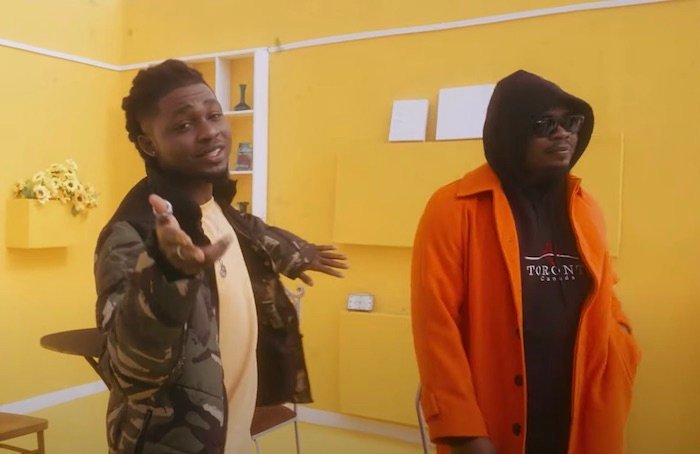 Olamide Baddo has scored another impressive achievement for his joint record with Headies Next Rated winner, Omah Lay. It is a big win for the duo as their smashing hit song “Infinity” just surpassed 20 million views on one of the popular video streaming sites, Youtube. 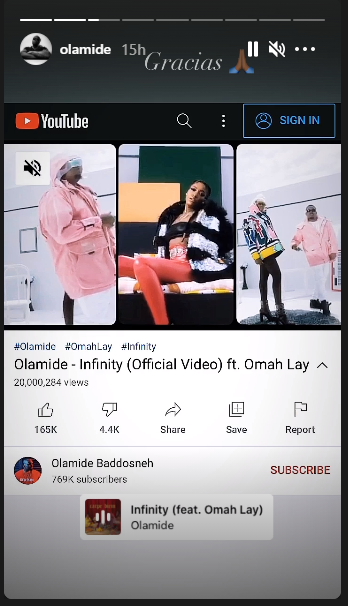 With this achievement, Olamdie has joined Davido, Simi and DJ Neptune’s clique of artists whose 2020 music videos have surpassed 20 million views on youtube. Davido for Fem , Simi for Duduke and DJ Neptune for Nobody featuring Mr. Eazi and Joeboy. Omah Lay is close to being included in this circle, his Godly Video is currently on 16 million views while Davido’s Jowo Video on 19 million.

The Video for infinity Dropped November 2020. Infinity is the third track on Olamide ‘s ‘Carpe Diem’ Album and it was produced by P.Prime.