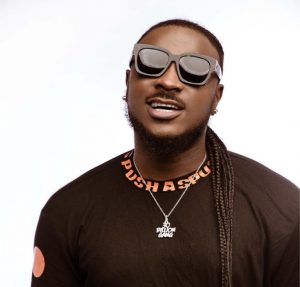 DMW singer-songwriter, Peruzzi Vibes has revealed how he dealt with the death of his Mother.

The Majesty Crooner shared this vulnerable side of him via Twiter while talking about his friend’s experience in dealing with his Father’s death.

“My Friend Lost His Dad & Then Lost His Mind. I Lost My Mum & Till Date, I Still Remind Myself Not To Lose My Mind. This Life Crazy Scary” He tweeted 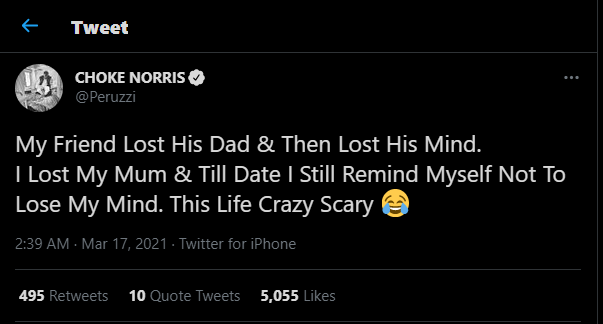 Tears flowed as fans started narrating their experiences and how they handled the deaths of loved ones.  Recall in 2018, Peruzzi penned down an emotional letter to his mother telling her about things that happened in her absence like getting signed to Davido’s DMW and Collaborating with  Tuface to drop the Hit song ” AMAKA”.

The post Peruzzi Opens Up On How His Mother’s Death Affected His Mental Health appeared first on tooXclusive.