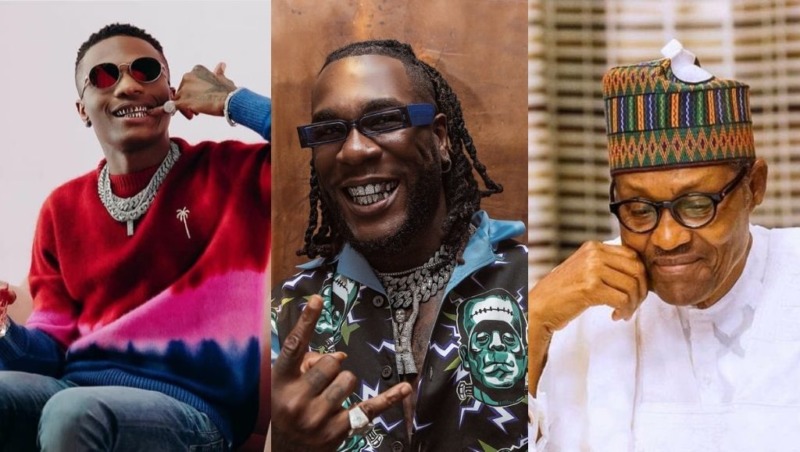 Following the outcome of the 63rd Grammys Award, the President of the Federal Republic of Nigeria, Muhammadu Buhari congratulated Burna Boy and Wizkid On their Grammy Wins.

The congratulatory message was relayed through Mallam Garba Shehu, the official spokesperson to the President via Twitter. In his Tweet, he expressed the President’s Pride and Joy in the superstars who have made Nigerians Proud with their outstanding achievements. This is coming hours after the Minister of Information and Culture, Alhaji Lai Mohammed congratulated the afrobeats artists via Twitter

President @MBuhari congratulates Nigerian music star Damini Ogulu, better known as @burnaboy, whose entry won the “Best Global Music Album” category in the 2021 Grammy awards, saying he has made notable contributions in the field of music which the world has come to recognize.

“Congratulations to Burna Boy on being conferred the 2021 Grammy, the world’s most prestigious musical awards. He has made notable contributions in the field of music which have brought glory to Nigerians at home & abroad. We are proud of his path-breaking achievements,” he said.

The President also congratulates @wizkidayo who emerged as a joint winner of the Grammy Awards in a different category.

The President believes that the record breaking musical achievements are a recognition of the Nigerian creative talents and the awards will open doors to other aspiring citizens.