See Exclusive Photo Of Davido’s Gold Plaque For “IF” 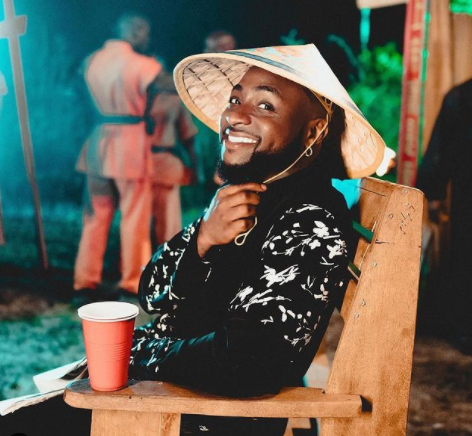 Fem Crooner, Davido, has just received the Recording Industry Association Of America (RIAA) Gold Plaque for his 2017 hit song, IF.

The plaque was presented to the Davido to commemorate RIAA gold certification of more than 500,000 copies of the single, IF. The superstar posted a picture  of the record on his insta story and captioned it “More Wins” 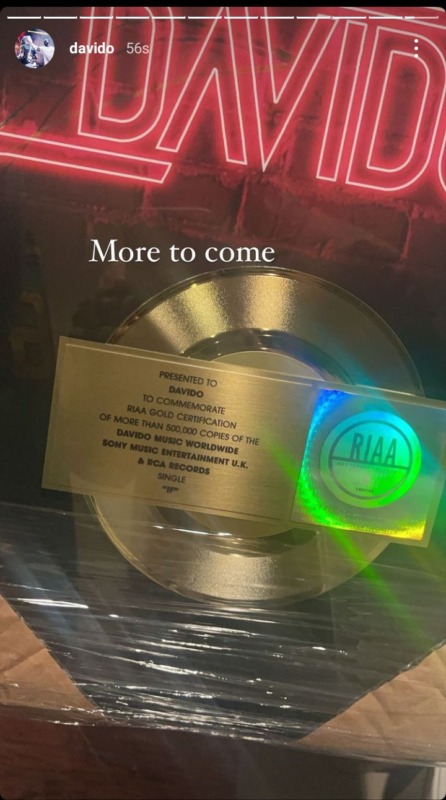 You would recall that Davido in February, announced via social media that his Hit Song ‘IF’ has bagged a Gold record Certification (See Post Here).  ‘IF’ is Davido’s second solo single to receive a gold certification after his 2017 hit song FALL, earned one in 2020.

The post See Exclusive Photo Of Davido’s Gold Plaque For “IF” appeared first on tooXclusive.