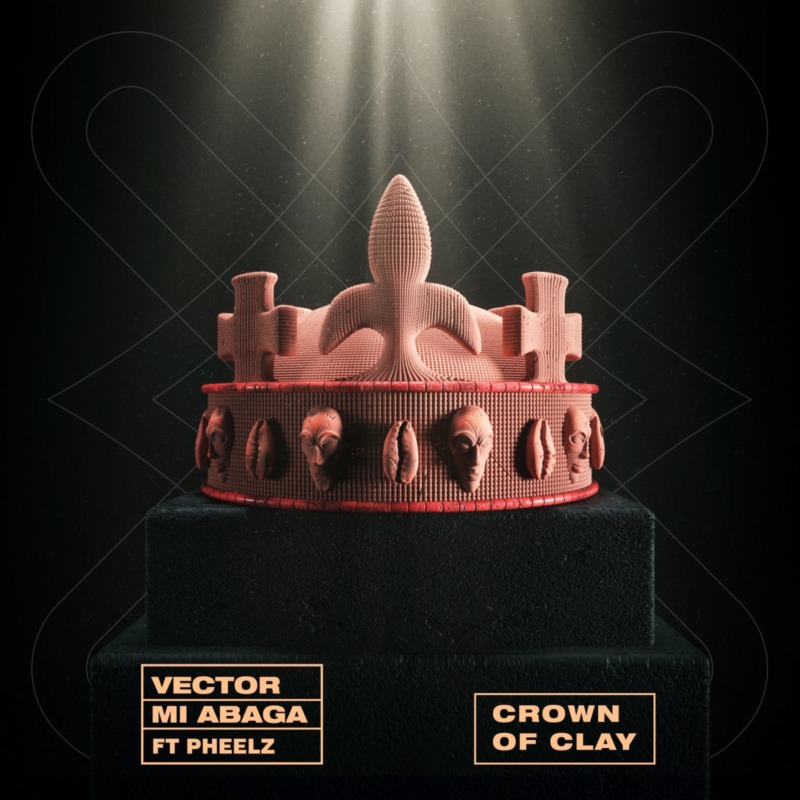 Rap Genius, Vector & MI Abaga teamed up for the Culture and delivered this topnotch hip-hop record – “Crown Of Clay”, produced by Pheelz.

One of industry’s most anticipated collaboration has finally happened, Vector and MI Abaga settles scores, linked up in the studio and recorded this conscious Rap track titled “Crown Of Clay“.

In the second quarter of 2020, Nigerian rap OGs and contemporaries, Vector and MI Abaga decided to bury their hatchet and collaborate on a blueprint that will define the face of Nigerian Hip-Hop for years to come.

They collaborated on the landmark 2020 Hennessy Artistry and headlined the monumental three-part series tagged, The Conversation. Now they will also collaborate for the 2020 Hennessy VS Class and more. But more importantly, something that couldn’t happen during the impressive ‘King Kong (Remix)’ run nor during the Choc Boiz run has finally happened.

MI Abaga and Vector speak to the heart of blackness on ‘Crown of Clay’. The song is empowering the black race to go back to its true essence of nature; with reference to a crown made out of clay.

Listen, Enjoy and Relate below

Olanrewaju Ogunmefun was born 07/08/1989 in Lagos, Nigeria, better known by his stage name Vector tha Viper, is a Nigerian Hip hop artist. Vector has released three studio albums, State of Surprise (SOS 2010), The Second Coming (2012) & “Lafiaji” December, 2016 having a major act D’banj on the record I Pray on the album. He was the voice behind the Sprite commercial that has aired on most radio stations across Nigeria in 2009. He is also the creative director / class master for Hennessy VS Class Nigeria.

M.I Abaga is Africa’s biggest and most decorated rapper. M.I is regarded as one of the best rappers in Africa. M.I is responsible for making the Hip-Hop sound generally acceptable to Africans with his intelligent flow, rap technique, relatable bars, and classic projects. The Chairman as he is fondly called has worked with major brands and the biggest artistes across Africa and the world at large. He has 8 #1 albums/mixtapes to his name such as “Talk About It” “MI2” “Illegal Music Series” “The Chairman” “Rendezvous” & “Yxng Dxnzl”. M.I is the recipient of so many international and local nominations and awards such as BET Awards, MTV Awards, Headies Awards, The Future Awards, SMVA, NEA, and many more.