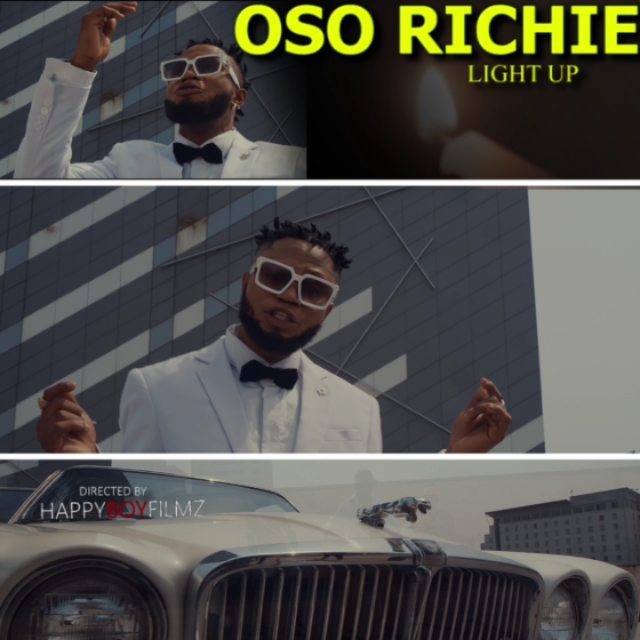 Sensational Music artiste Oso Richie is out with a new Visual For “Light Up“.

Oso Richie is a Nigerian Musical Artist whose real name is Ojomah Godswill Uche, he is a Sensational singer and song writer. He does highlife by infusing other genres into Afrobeats. He sees the likes of Flavour, Wizkid, Burna Boy and Davido as his role models.

Oso Richie decides to hit the airwaves with yet another massive jam, he titled this super amazing nice piece of tune ”Light up” after his previous release which he called Putu Eye as an independent artist.

“Light Up” is a classic afrobeat inspirational jam that drives emotions. Keep your playlist updated with this banger Produced by Top producer Bmyne and mix by lahlah,

Don’t Forget To Share this jam with your friends and loved ones. Proudly Powered By Dailytrendtv & Promoted by #FredooDePromoter

The official video was directed by HappyBoyFilmz… Watch and Enjoy below