“YOU DID IT KING!!!” – Diddy Congratulates Burna Boy 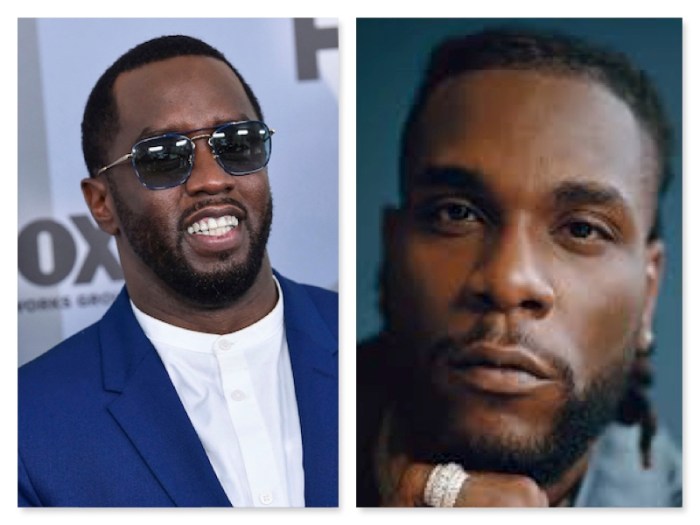 The Veteran hip-hop artist shared his congratulatory message via social media where he hailed the superstar on finally achieving his goals.

Diddy is the executive producer of Burna’s Grammy award-winning album, “Twice as Tall”. He is also the Afrobeat artist’s mentor and music Daddy. Diddy has been in the American music scene for a while and has worked with a handful of award-winning American artists like; Jay Z, Usher, Jennifer Lopez to name a few.

The post “YOU DID IT KING!!!” – Diddy Congratulates Burna Boy appeared first on tooXclusive.