Peruzzi Shocks The Media With His Relationship Status, Shared; “Officially I’ve Dated 26 People In My Life…” 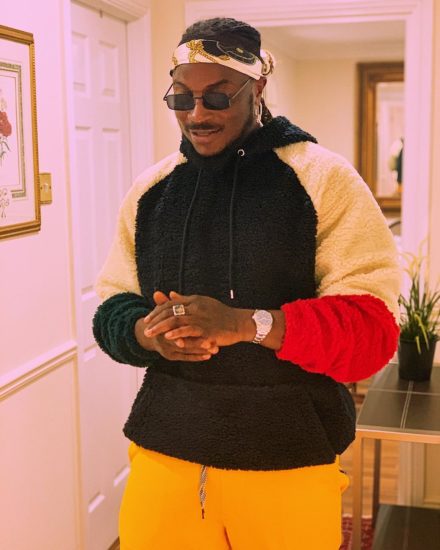 Nigerian singer, Peruzzi is currently trending on social media after a recent interview video of him revealing his Relationship to the world got online today.

Peruzzi was invited for a OneOnOne interview with OAP/Hypeman, Sheye Banks at Soundcity Radio, 98.5. During his interview Sheye Banks asked about Peruzzi’s relationship status, he laughed and responsed; ‘This interview is about to trend again’…

Peruzzi vibes later shared that he has experienced both Good and Bad relationships. Had been in a total of 26 relationship aside the unofficial ones, the ones that are dating him but wasn’t into. Sheye Banks went on with the relationship investigation he was carrying out by asking if Peruzzi had dated or is currently dating any Celebrity secretly. The singer laughed again and replied; ‘NO… I’m Single”

He also talked about his new song ‘Somebody Baby’ and how he introduced DMW’s first lady, Liya to Davido.

Watch the full interview below

A post shared by SHEYE BANKS THE VYBE KING ? (@sheyebanks)

The post Peruzzi Shocks The Media With His Relationship Status, Shared; “Officially I’ve Dated 26 People In My Life…” appeared first on tooXclusive.