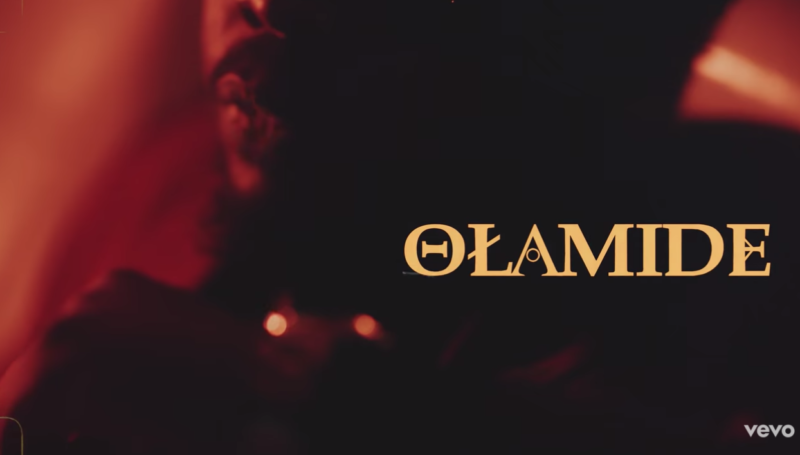 Multi-talented artiste, Olamide after a successful 2020 came through with a new music (and video) titled “Rock” to start 2021. This new single is accompanied with a simple but yet lovely and interest visuals.

Olamide Adedeji is a popular Nigerian singer-songwriter and indigenous hip-hop rapper. He is popularly called ‘Olamide Baddo’ or ‘Baddo Sneh’. He founded the YBNL Nation, an independent record label that brought talents; Adekunle Gold, Lil Kesh, Chinko Ekun, Viktoh, Lyta, DJ Enimoney and Fireboy. Olamide raps and sings both in his native language, Yoruba, and the general language English. He has earned lots of Awards to his name and released more than 20 hit songs with 9 studio albums; ‘Rhapsodi’, ‘YBNL (Yahoo Boy No Laptop)’, ‘Street OT’, ‘Baddest Guy Ever Liveth’, ‘2Kings’, ‘Eyan MayWeather’, ‘The Glory’ to name a few.

Last year (2020) he dropped his 10th studio album – Carpie Diem, a project filled with Vibes, melody and massive hit tracks. With the album still gaining streams Olamide announced another album is on the way.

This new record – ROCK is said to be on the forthcoming album. It is a mid-tempo tune that comes with Olamide’s 2020 Greenlight vibe. “Green Light”… This is a mid-tempo groovy Highlife/Galala/Afro track, Baddo sneh has to skip the hardcore rap here but shine his light singing and serenading a mystery girl he wants to be close to like, “Onipanu and Palm groove” The song is one of many songs on the Carpie Diem album that captivated fans at first Listening and even after watching its music video (Watch Visuals HERE).

Rock promises to do more… Watch it official music video below, Enjoy!