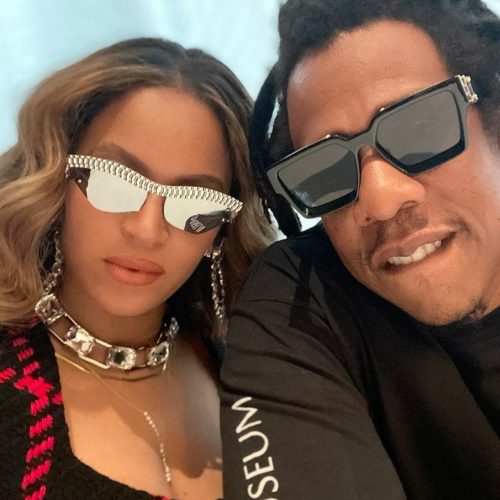 Beyonce may have been keeping her public appearances at the barest minimum these days, but she sure does have time for some PDA.

The 39-year-old got cozy courtside with her husband JAY-Z on Saturday as they spent their date night cheering on the Brooklyn Nets, who triumphed over the Milwaukee Bucks (115-107) in Game 1 of the NBA Playoffs.

The 28-time Grammy Award winner, stunned in a black leather look by David Koma as she snuggled up to husband JAY-Z at the Game an outfit she had previously shown off on Instagram.

Bey’s wore a jeweled houndstooth shirt off the shoulders unbuttoned and layered over a matching black leather corset minidress. She finished the look with a jeweled choker and a pair of black Christian Louboutin pumps. Atop of this, Beyoncé remained masked, as she affectionately snuggled up to her 51-year-old hubby, Jay-Z, during the game.

The post Beyoncé And JAY-Z Get Cozy Courtside For Date Night At Brooklyn Nets Game appeared first on tooXclusive.