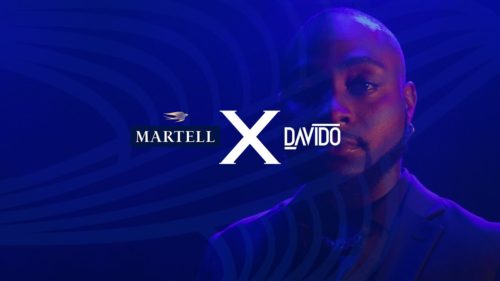 When it comes to securing the bag, Davido is one of the artists in Nigeria who top the list.

The superstar sparked comments on social media, following a huge deal he has just secured with a liquor company, Martell.

As announced via the official page of Davido‘s personal lawyer, Prince Bobo, he disclosed that Davido has just signed another mega ambassadorial deal with a popular alcoholic drink company, Martell Nigeria. A deal worth a whopping $ 5 Million.

Taking to Instagram, Davido himself announced the amazing news to his fans, letting them know that he has caught yet another big fish.

“I’m excited to announce my partnership with Martell as their new Standout Swift. Stay tuned to see what we have in store for you.”

On Martell’s official Twitter page, they shared a glimpse of Davido in an advert video. Martell wrote, For Martell, a Standout Swift is someone who challenges convention & inspires others. After more than a decade of ground-breaking music & pushing Afrobeats beyond borders, that’s exactly what @davido portrays, making him Martell’s newest Standout Swift.

You would also recall that yesterday, Davido signed an endorsement deal with a popular snack company, known as, Munch Nigeria.