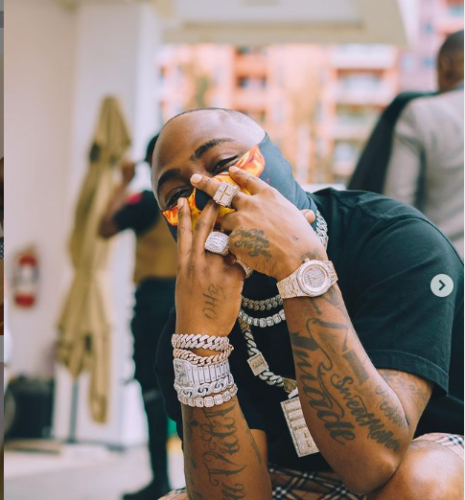 Nigerian superstar, Davido has sparked comments on social media, following a viral video of him praying for music producer, Dante, who has just copped his first car.

Music producer, Dante obviously could not hide his excitement about what he had just achieved. Being his first, he took Davido outside to show him his brand new car. On sighting the car, Davido began to say words of prayer for Dante, who in turn went down on his knees – Worship style.

Davido prayed that Dante would buy more expensive cars and would never have the cause to weep over it. Quite a number of Davido stans are impressed with how excited he was to see the progress of others, which is like usual for him.

In other news, the father of 3 has been warned to be mindful of people around him by a Nigerian pastor who has claimed to have seen a vision concerning him.