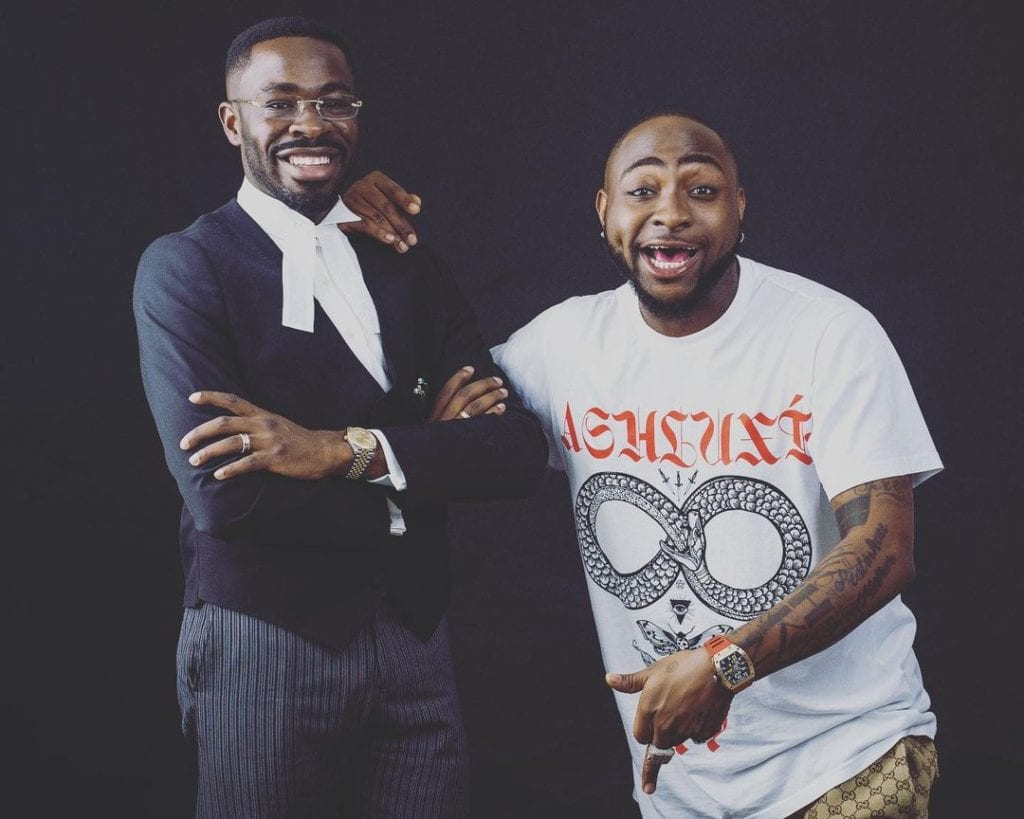 The King and master of Cruise, Davido is at it once again as he picks on his personal lawyer, Prince.

Davido’s Lawyer, Bobo F. Ajudua better known as Prince is a not newcomer on Davido’s snaps and Instastory. The well Learned personnel is a regular on Davido’s mock cruise list. David always laugh about Bobo’s Corporate Outfits, his love for Jungle boots and weird expensive shoes.

In Prince’s latest cruise episode, Davido posted a Baby picture of Bobo holding two bottles with a straight face on his Instastory with the caption; ‘@Prince_ii This pic go hunt u forever LMAO‘