Did You Know; Olamide Used The Viral Song – “Ameno” (Torime, Dorime) As Soundtrack In 2013? 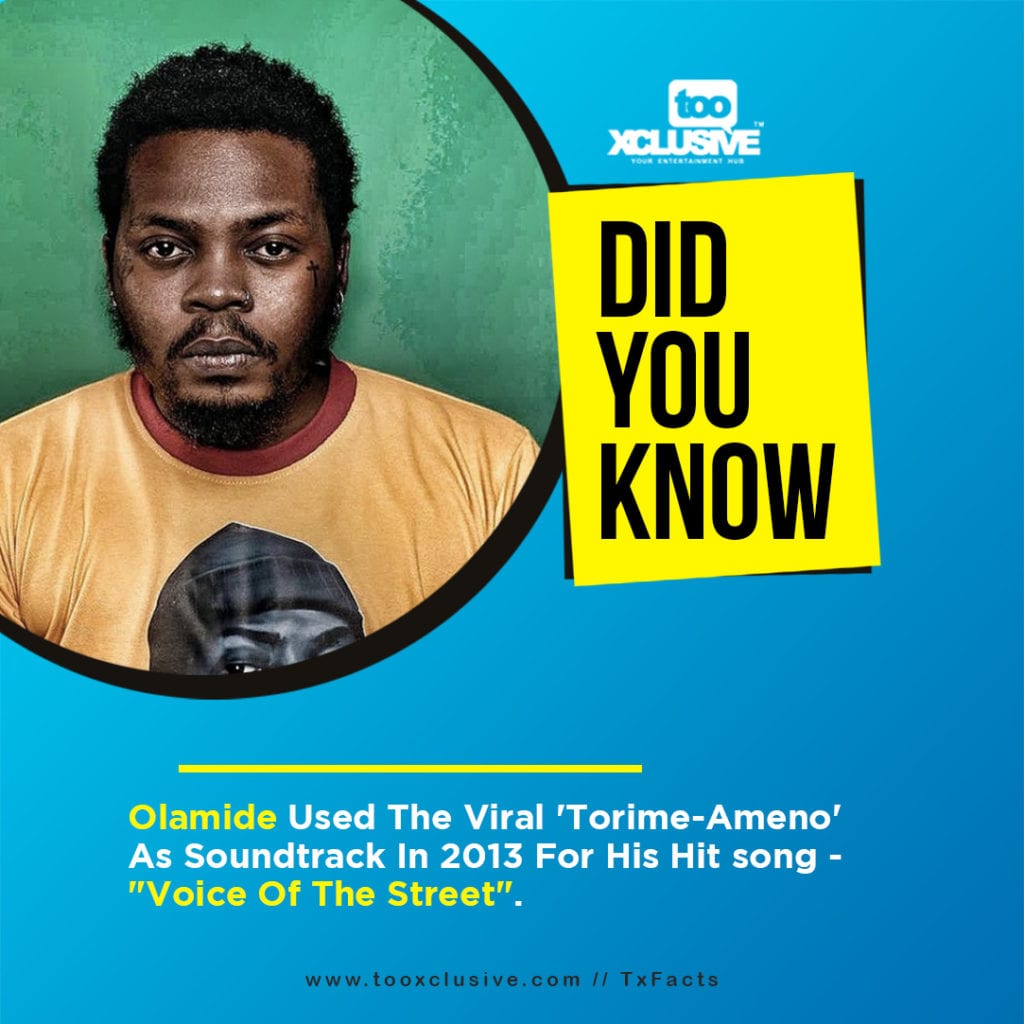 TX Fact; “Music has this power to transport its listener to another dimension even without understanding the language involved“.

ERA’s viral 2010 song ‘Ameno‘ is a testament to the fact stated above.

The music of ERA is drawn from a deep and distant past. It speaks through the ages of a time of mystery. Drawing together ancient choral sounds with 21st century sonic adventurism, it re-imagines the music of ancient times, along with stunning visual material.

An imaginary language carried by a fascinating and timeless music enabled Eric Levi to deliver a fascinating work that touched the very heart and soul of millions of people around the world. The hit song “Ameno” is still much alive and touching many souls even after a Decade. Currently it is the biggest soundtrack in Nigerian Clubs.

One Fact most music fans do not know is that, The song ‘Ameno‘ is not new in Nigeria. Olamide used this now viral record as a Soundtrack in 2013 for the Hit song “Voice Of The Street“.

Olamide aka Badoo transcends into the enigma that he is in the video of VOICE OF THE STREET (VOTS)…….spitting off the lyrics at the tip of his tongue! Listen Below and hear Ameno play as the Hit song Soundtrack.

As Directed by Mattmax, Enjoy!

The post Did You Know; Olamide Used The Viral Song – “Ameno” (Torime, Dorime) As Soundtrack In 2013? appeared first on tooXclusive.