J. Cole And Diddy Reunite, As They Pose For The Camera 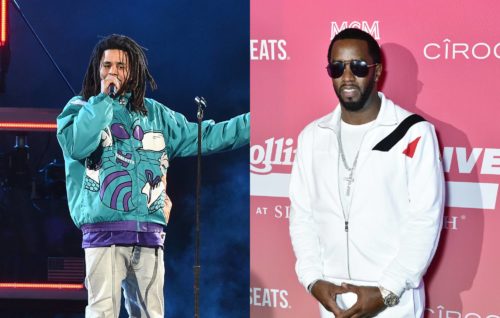 Diddy and J. Cole Pose for the camera to prove to fans that they are all about love from here on.

For a couple of weeks now, Diddy has been living the life, as it has appears in his travels and luxury get aways. Sean “Love” Combs has been sharing glimpse of his beautiful life, after declaring himself the “King” of Los Angeles, New York, and Miami.

Hours after the self-acclaimed title, Diddy shared a post indicating that he was somewhere with his colleague, J.Cole. Surprisingly right?

On J. Cole’s latest song “Let. Go. My. Hand” which is off his new album The Off-Season, he rapped about the alleged 2013 scuffle that occurred at an MTV VMA afterparty.

“My last scrap was with Puff Daddy, who would’ve thought it? / I bought that n*gga album in seventh grade and played it so much / You would’ve thought my favorite rapper was Puff / Back then I ain’t know sh*t, now I know too much”. LISTEN HERE

It is not sure what exactly went down, as there are different sides to it, the most widely accepted is that Diddy was saying something to or about Kendrick Lamar.

After all that went down, Diddy and J. Cole have shown the world that it’s all love.

The post J. Cole And Diddy Reunite, As They Pose For The Camera appeared first on tooXclusive.