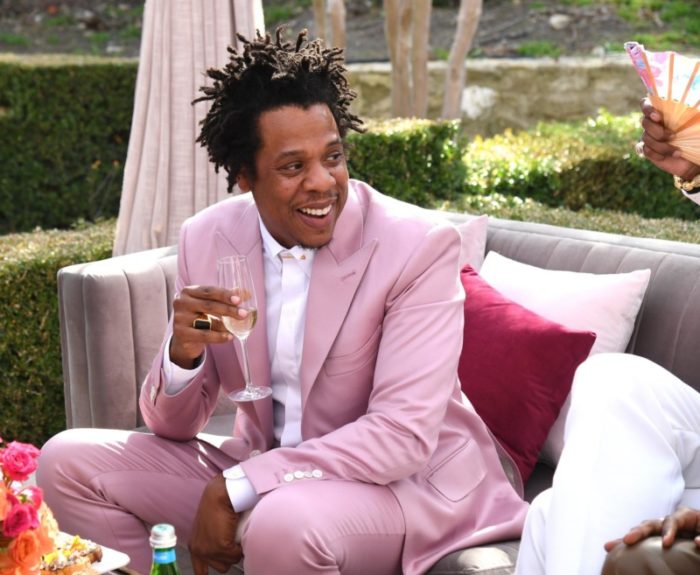 Over 18 years after its release, Jay-Z’s “Dirt Off Your Shoulder” is officially certified two-times platinum.

Oftentimes, Jay-Z is considered one of the greatest rappers of all time, so it only makes sense that the music mogul, businessman, and overall Hip-Hop enthusiast has several accolades under his belt.

His last released project came in 2018 in the form of a couple team-up with his wife, Beyoncé on The Carters, but that hasn’t stopped an onslaught of RIAA certifications from rolling in.

Earlier this year, his and Kanye’s classic Watch The Throne album cut, ‘Niggas In Paris‘ was certified eight-times platinum, and only a couple of months later, Jay-Z’s “Dirt Off Your Shoulder” officially reached double-platinum status, more than 18 full years after it was released on March 2, 2003.

“Dirt Off Your Shoulder” served as the second official single from Hov’s 2003 “farewell” project The Black Album, and the Timbaland-produced song went on to peak at the #5 position on the Billboard Hot 100 in April 2004.

The single’s gold certification came in October 2004, and oddly enough, it wasn’t certified platinum until 2013. Nearly eight full years later, Jay’s classic track has proven once again that it still has legs.

We congratulate him on his latest accomplishment!