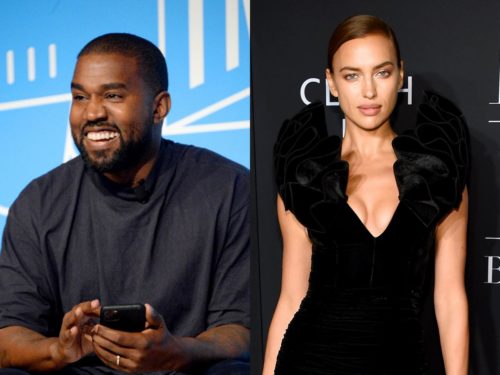 Just 4 months post-divorce, Kanye West seems to be getting his groove back on, as he and supermodel, Irina Shayk have been spotted taking what looked like a romantic stroll.

This news comes a day after Kanye’s estranged wife, Kim Kardashian celebrated him on his 44th via her Instagram page, declaring her eternal love for him, amid divorce.

According to Page Six and TMZ, the “Fade” rapper and Russian supermodel were spotted spending time together in Provence, France, to mark his 44th birthday. The two photographed taking a stroll while holding and smiling at each other, as they are staying at the luxury Villa La Coste boutique hotel together.

Interestingly, Ye and Shayk are famously single at the moment. West’s estranged wife, Kim Kardashian, filed for divorce from the rapper back in February, while Shayk split from her longtime boyfriend and the father of her child, Bradley Cooper, in 2019.

This is Kanye West’s first public outing with a woman other than Kim Kardashian amid their split.