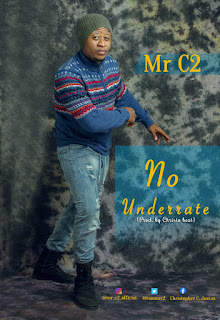 Imo state Dubai based music artist Christopher Chijioke Justus with the stage name Mr C2, is a music  producer (Audio mixing and mastering engineer) also known as Christo Beat. He's the C.E.O of Final Touch Music Recording Studios, years back he released several albums and hit singles such as Metum Aka N'amu, Life in abroad ( which he shot the video in Dubai, United Arab Emirates) and some other songs.
After a short break Mr C2 (Christo Beat) is back with another self produced  melodious and emotional love song which he titled - No Underrate
Download, listen and enjoy below :-