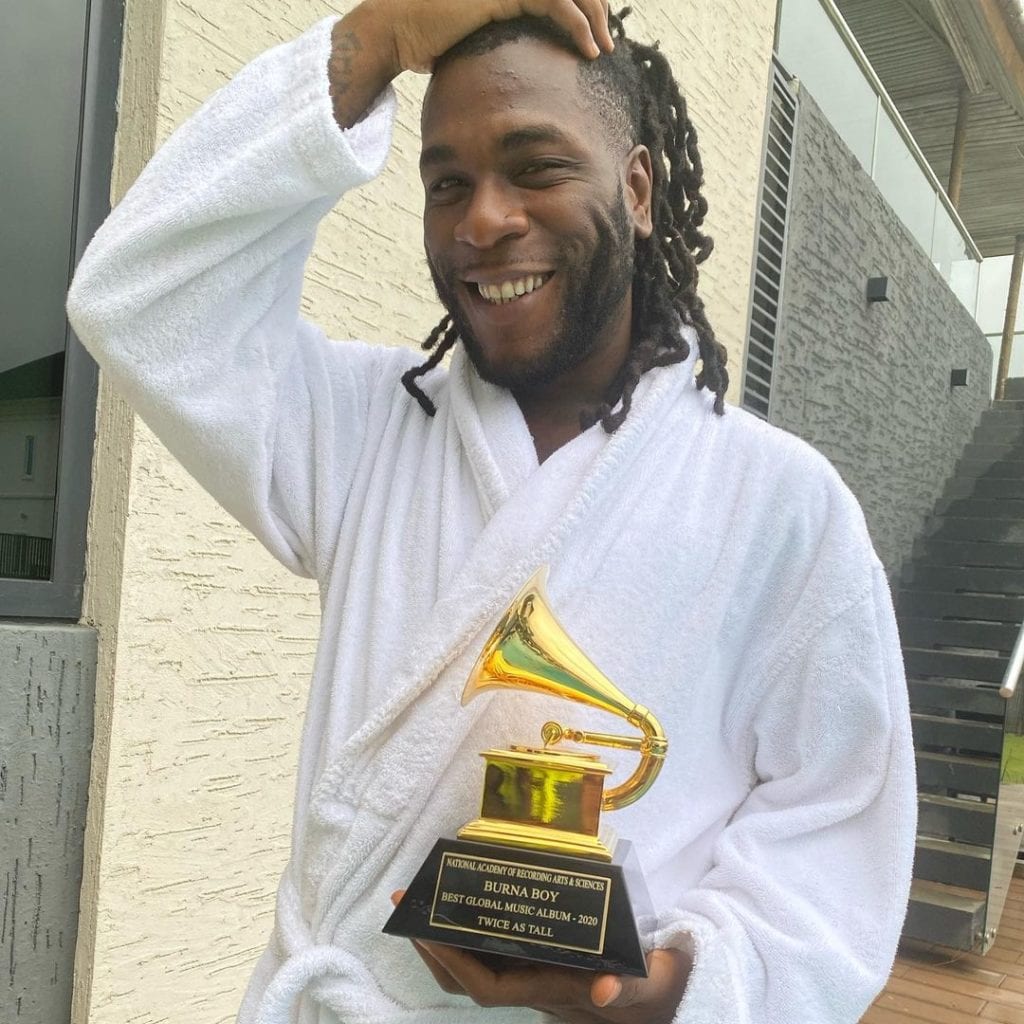 Grammy award winner, Burna Boy has caused a stir on social media following his decision to drink Champagne from his Grammy Trophy.

We earlier reported that the African Giant has received his Grammy Plaque for “Best Global Music Album “ following his victory at the 63rd Grammy Awards. We also shared exclusive photos of the golden gramophone and his heartfelt appreciation to fans and well wishers.

To celebrate the arrival of the award, Burna Boy and his team paid a well deserved visit to the club to have fun.

However, Netizens took to social media to react after a video of Burna Boy drinking expensive Champagne from the Grammy plaque hit the internet.

Many have condemned his actions and tagged it as a disrespect to the Grammy organizers. Some netizens are of the opinion that Burna’s drinking escapade will be a reason other Nigerian Musicians won’t receive a Grammy next year.

Surprisingly, Burna Boy isn’t the first Artist to see the Grammy plaque as a multipurpose object. Recall in 2020, Kanye West urinated on his Grammy plaque after he received it from the organizers. In 2021, Beyoncé’s daughter, Blue Ivy, spilled Juice from her Grammy Plaque.

Also in 2021, Burna Boy envisioned the trophy as a glass cup and drank Champagne from him.

Here are some reactions to his champagne wahala 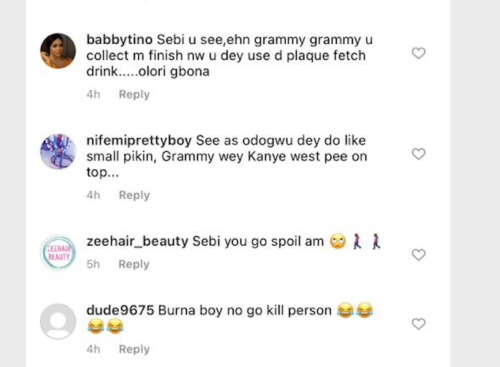 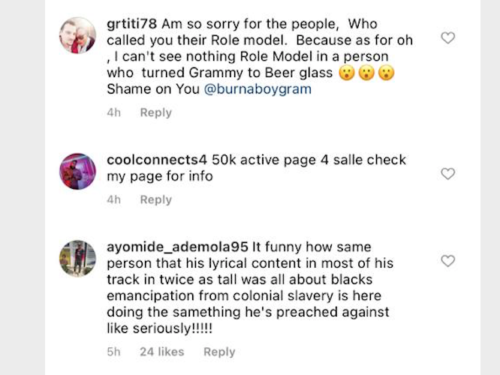 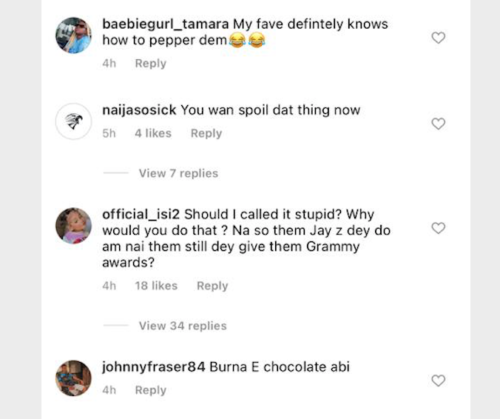 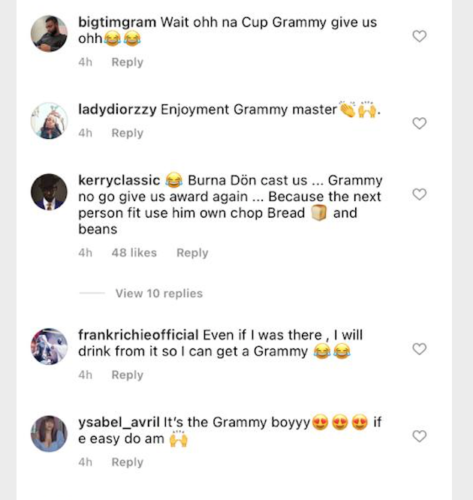 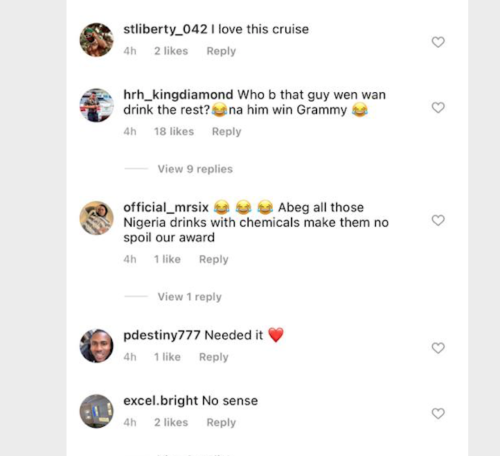 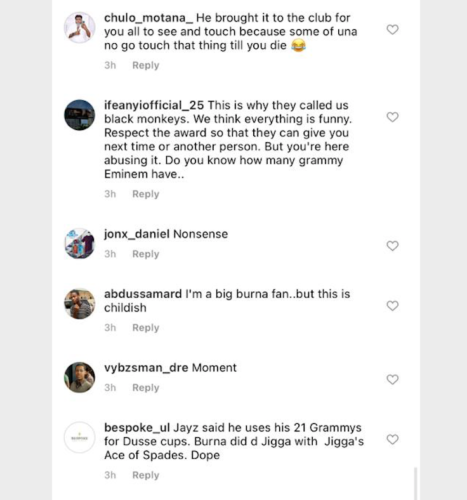 The post Nigerians React To The Viral Video Of Burna Boy Using His Grammy Plaque To Drink Champagne At The Club appeared first on tooXclusive.