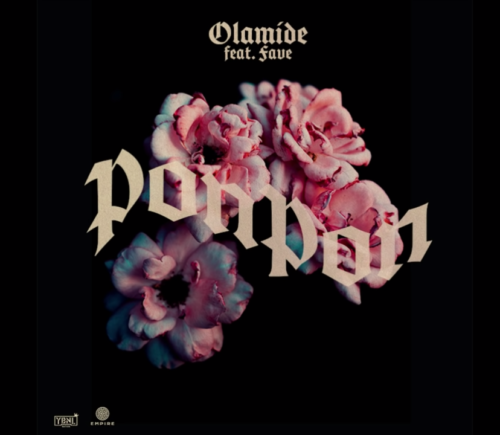 Before the official release of his 12th studio album – UY Scuti, Olamide drops another impressive single – ‘PonPon‘ with guest act, Fave. The song is a follow up to his still buzzing ROCK song and Olamide Baddo out did it once again. He delivered an easy to sing-along, sweet rhyme.

Olamide Adedeji is a popular Nigerian singer-songwriter and indigenous hip-hop rapper. He is popularly called ‘Olamide Baddo’ or ‘Baddo Sneh’. He founded the YBNL Nation, an independent record label that brought talents; Adekunle Gold, Lil Kesh, Chinko Ekun, Viktoh, Lyta, DJ Enimoney and Fireboy. Olamide raps and sings both in his native language, Yoruba, and the general language English. He has earned lots of Awards to his name and released more than 20 hit songs with 9 studio albums; ‘Rhapsodi’, ‘YBNL (Yahoo Boy No Laptop)’, ‘Street OT’, ‘Baddest Guy Ever Liveth’, ‘2Kings’, ‘Eyan MayWeather’, ‘The Glory’ to name a few. In 2020 he dropped his 10th studio album – Carpie Diem on the 8th of October, a project filled with Vibes, melody and massive hit tracks.

At the start of 2020, Fave released her sophomore single “Dal” a reggae-inspired track on which she sings about love and loss. ‘Everytime I say I wanna switch gears/my stupid heart will press decline’ she muses, singing about all the red flags she ignored because of her love for someone else. It’s always refreshing to come across artists who know outwardly present everything you are feeling on the inside, but can’t articulate yourself.

Olamide and Fave linked up and delivered “PonPon” for your listening. This is coming in hours after previewed JULIE on Instagram.