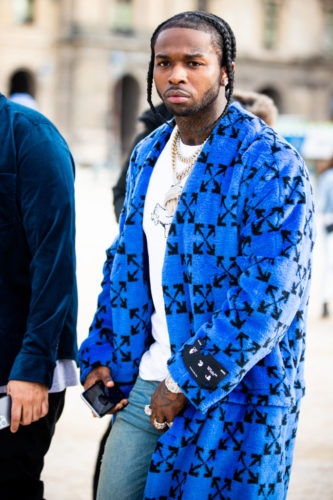 Before his death, Pop Smoke became one of the most sought-after new-age rappers in the industry.

The artist passed away at 20-years-old after a home invasion robbery in Los Angeles, tragically marking the end of his physical journey on this planet. Pop Smoke, whose real name is Bashar Barakah Jackson posthumously became one of the biggest artists in the world following the success of his Meet The Woo mixtape series.

In 2021, Pop Smoke’s name has only continued to grow as he made his official movie debut in Boogie, contributed vocals to some of the biggest hip-hop albums and so much more.

Recently, news got out that Pop Smoke’s 2nd Posthumous album is in the works and will be dropping pretty soon. His manager, Rico updated on Instagram, Pop Album 95% loading the f$&k up!!!!

With the current situation, it is likely that we expect new music from Pop Smoke in the coming months.