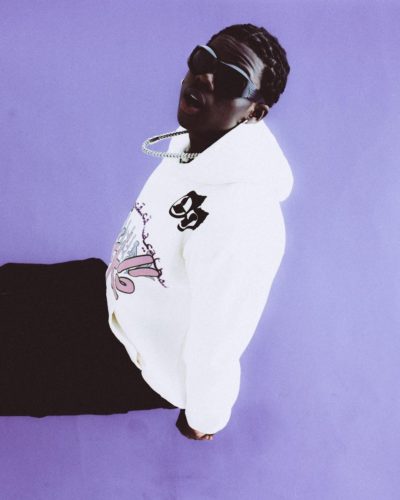 Rema took to Instagram to apologize to Dallas fans after his Rave show came to an abrupt end as a result of the crazy female mob.

The Bounce crooner who is currently on tour, stopped at Dallas to give his fans a show they wouldn’t be in a hurry to forget, which he successfully delivered.

You might recall how clips of his Houston Show breezed on the internet with netizens in total shock after Rema was seen grabbing the a** of a female fan while on stage (See Post Here). You might also have come across another clip of Rema kissing the hands of a female fan who called our Remmy boy “her man”.

However, things took a different turn in Dallas when excited female fans hopped on Stage to join Rema while he was performing. The excitement got out of hand that Rema’s security had to step in to save him from these wild female fans who were close to mobbing him.

Following the mob, his team suggested the show should end earlier than scheduled for his safety and the safety of his fans. He disclosed that his team couldn’t handle the situation and had to settle with disappointing fans by cutting the show short.

In his post, Rema sincerely apologized for disappointing the Ravers in Dallas. He admitted his team and himself were wrong for ending the show and not giving fans the opportunity to take pictures with him.
Trying to pacify angry Dallas fans, he promised to give them another dope show when next he visits. 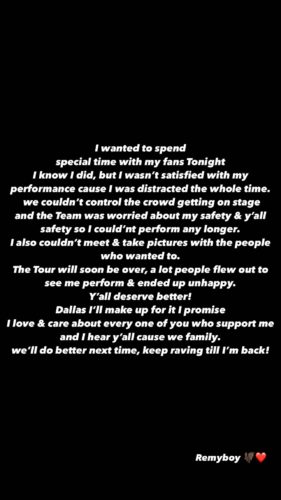 The post Rema Apologizes For Cutting Dallas Showtime After Being Mobbed By Wild Female Fans appeared first on tooXclusive.