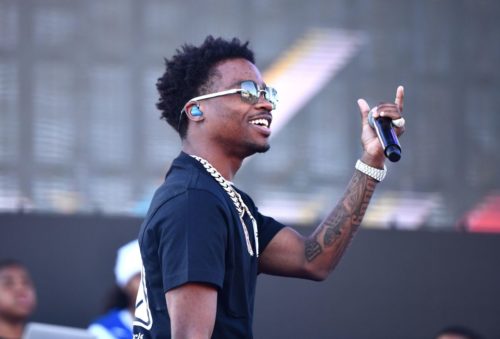 Roddy Ricch had about 6 nominations in the 2021 Grammy but, in the end, walked away with no plaques. However, he seemed to have left with something more.

The rapper revealed that he was already expectant of such a scenario and had pictured it mentally. He recalled speaking to his friends and family after the nominations were announced and kept reminding them that Jay-Z had secured 8 nominations in the 2018 Grammy Awards and got none in the end.

He said Everybody was just like, ‘Why you saying that? Why is it so negative?

Roddy said on Power Mornings with Nick Cannon. I don’t know. I just had a feeling like I ain’t real worried about it. So I end up going, and I ain’t win. But I wasn’t mad. I ain’t going into it expecting anything, ’cause I’m already a winner.

The 22-year-old rapper went on to reveal to Nick that he had invested a whole lot in music, that he felt so disappointed he had to take a break from his craft.

I just sat back. I was talkin’ to my n***as, I’m like, ‘Man, I’mma chill back. I’mma kick back on the music for a little while. So I had seen Jay at the Grammys, and he didn’t say ‘What’s up?’ … The first thing he asked me was, ‘When you dropping music?’

At the time it didn’t really hit me, but later on, I just thought of the power of that. I manifested—just talking about how they [the Recording Academy] did him one year, and it happened to me.

Jay-Z addressed the snub in the 2018 track “APESHIT,” in which he raps: Tell the Grammy’s fuck that oh for eight shit.

After that, I kind of wanted to back up, but [Jay] really gave me that inspiration to kind of, like, ‘You gotta keep going. You gotta just see it through. When you got something to talk about, say it, put it out, and keep it going. So I just wanna publicly appreciate Jay-Z for that. It helped me keep going.