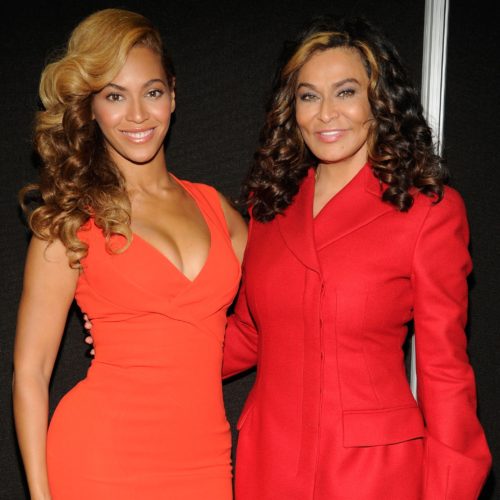 Beyonce’s mother, Tina Knowles decides to tell the little secret about why her daughter’s husband, Jay-Z always has his hands on Beyonce’s legs in their photos.

Beyonce cozy court-side with her husband JAY-Z on Saturday as they spent their date night cheering on the Brooklyn Nets, who triumphed over the Milwaukee Bucks (115-107) in Game 1 of the NBA Playoffs.

The couple’s appearance this weekend came with so many new photos of the Carters, including another shot of JAY-Z touching Beyoncé’s leg, which got fans talking.

As stated by their fans, there are dozens of photos of the couple where Jay-Z was spotted touching the thighs of his wife and fans are beginning to wonder why he loves the signature pose.

However, Beyonce’s mom is about to share some insight into the observation of their fans. Taking to her social media page, Tina points out that they are always touching because of the love that exists between them.

‘When you love someone and like them, you just want to touch them. Me and Richard are always touching even if it’s just our feet! Yeah!! That’s what you do! So comical people saying she has anxiety in public and that’s why he touches her! Lord people !!!! Y’all can turn something good and healthy into something That it’s not !!! Stop that!!!!!’