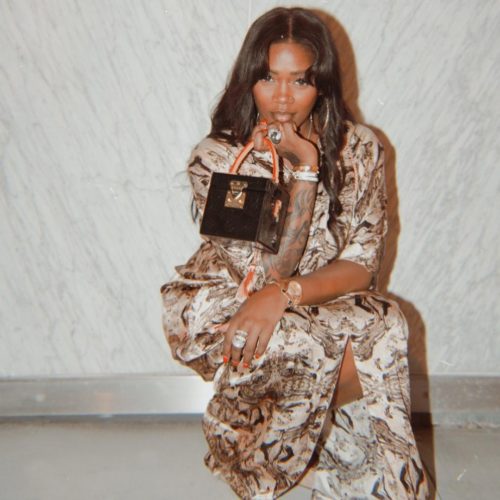 African Bad girl, Tiwa Savage made headlines after spending a whopping sum of 9.4 million on Drinks at a club in Victoria island.

The singer whose social Life has been on a low took to social media to share clips of her night out with friends.

As seen in the video, Tiwa and MTV presenter Sammy Walsh literally redecorated the dance floor with Naira bills. Tiwa Savage was also spotted dancing and vibing with Skiibii alongside Reekado banks while drinks and bundles of cash went around.

Still in awe of Tiwa’s doing, Skiibii took to his IG story to share Clips of the party and to hail the mother of one. He revealed that Tiwa spent over 9.4 millions on drinks at the club last night.

Calling her mama Jay, Skilbbi informed the world that Tiwa was not on the same level with them after all she displayed yesterday.

Watch the clips below