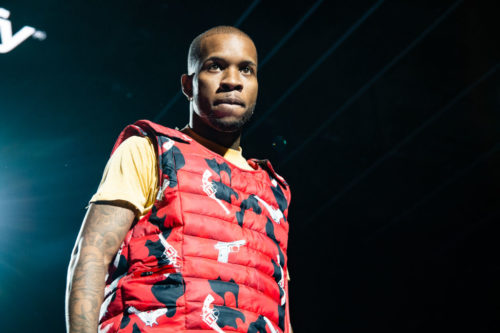 Tory Lanez was recently involved in a car accident and is suggesting that it might have been a deliberate attempt to do him harm.

Tory Lanez was recently involved in a car crash yesterday. The Canadian rapper took to Instagram to share footage of the aftermath, showcasing a pair of wrecked vehicles. One of them happened to be an Uber he was riding in, which suffered extreme damage.Though details surrounding the crash are as-of-yet unclear, Tory later took to Twitter to reflect on the circumstances insinuating that it could have been a conspiracy.

He said: Strange. It almost felt like someone knew to crash into us. An allegation that insinuates that his enemies are actively looking to do him harm. In his report on the accident, Akademiks echoed Tory’s suspicions, noting that they tried to take out #torylanez.

Following his revelation, his well-wishers began speculation who could have wanted to take him out and urged him to move more cautiously in the future.