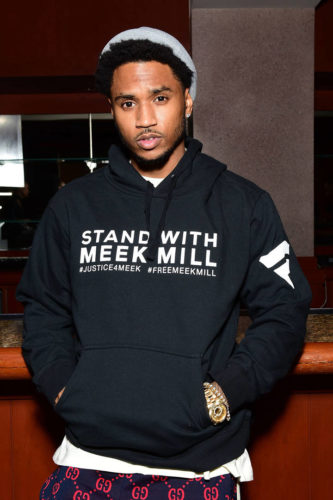 Trey Songs always finds a way to make headlines. The singer nearly found himself in yet another controversial internet moment when a video of him sleeping hit the Internet.

This video was not a random one shred by his crew. It was, indeed, shared by a woman, which suggested that they may be romantically linked.

Shortly after the video started making rounds, a woman identified as, Dime Racks cleared the air and stated that she did not share the video with any malicious intent. In fact, she said that she really didn’t think that it would cause a backlash.

Oop dime Racks telling us something about Trey Songz. He was laid up in her bed ? pic.twitter.com/T5jcbsgo85

I want to publicly apologize to Trey. I never really meant for anything to, like, go to the extreme to The Shade Room, like, that’s runnin’ out. I never posted it to Facebook.

Somebody took it to Facebook and that’s how it blew up and it got to The Shade Room. And I post things to my Snap all the time with different celebrities that are never gotten to The Shade Room. So, I don’t know how the situation with Trey got there but I wanna apologize.

His response was with an old song of Shaggy, which he shared on his social media.