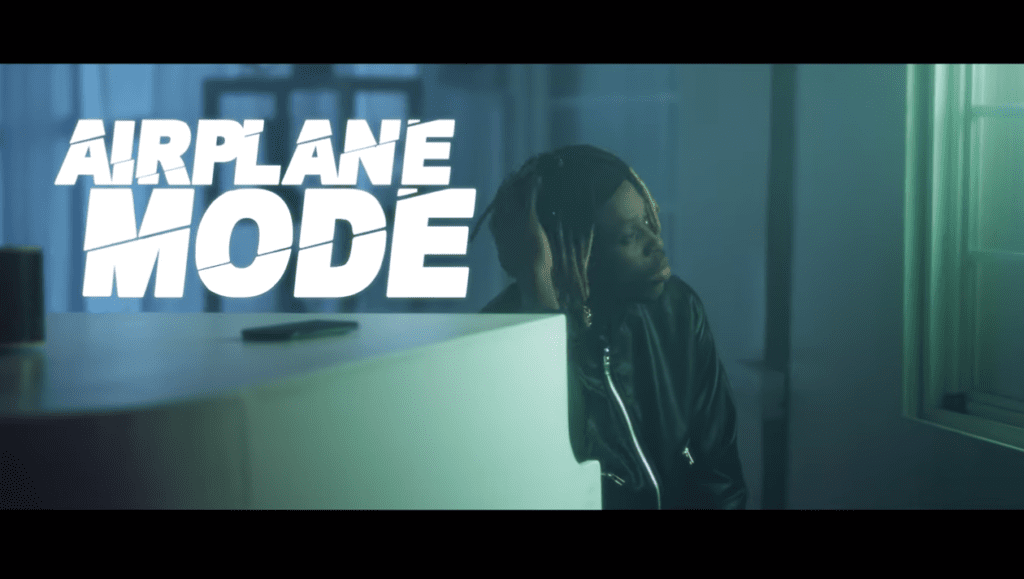 Fireboy returns with ‘Airplane Mode‘ visuals after the success of Lifestyle and Champion (featuring D Smoke) videos. Airplane Mode is taken from his sophomore album, APOLLO the follow up project to his debut – LGT.

On his debut album LGT, “Laughter, Tears, and Goosebumps”, he was a loverboy, a hopeless romantic guy but on “Apollo”, he shows a much more confident side that really never gets to see the light. The album displays his outlook on life, his journey as an artiste, and the drama in the Nigerian music space, and in this article, we would be giving a detailed breakdown of the lyrics of each song on the album.

Fireboy gets really personal and shows a vulnerable side on Airplane Mode. He sings about the stress from friends and family and how he has to live like an animal.

Man living like an animal, When a problem goes, Life comes with another one, But I’m a god, I’m a stronger man, I be different breed, my kind no be normal one…”

Fireboy understands his rise to being one of the finest acts would create conversation that he is trying to be number one. His aim isn’t just to be the greatest ever, he only wants to be one of the greatest to ever do it.

“I’m not trynna be the number one, So many legends dey, I’m just trynna be another one”

Due to the weight placed on his shoulders, Fireboy says he feels like he’s about to lose his mind. It’s a way of telling you that even if he has attained a god status, he is very much human like the rest of us.

Having to explain to people you want to be alone and do things on your own can be quite annoying. Fireboy says he just wants to be and doesn’t want to see any message from anybody (Go flight mode).

In the second verse, he cries out about his woes ranging from money problems to woman drama and also the competition. He drops an important message – ‘Grace Is Important But The Talent Is A Plus’. He lets listeners into a reality that they can relate to – ‘The Reality Of Wanting To Give Up And Let Go’.

“If no be love, na money palava, If no be stress, na woman and drama, Competition people dey para, Too much beef when I no be mallam, Na God dey do am, no be my power, Grace na koko, the talent na jara, So i lock myself inside my yara go down on my knees, and i call on baba”

Watch and Enjoy the video below… Directed by Clarence Peters