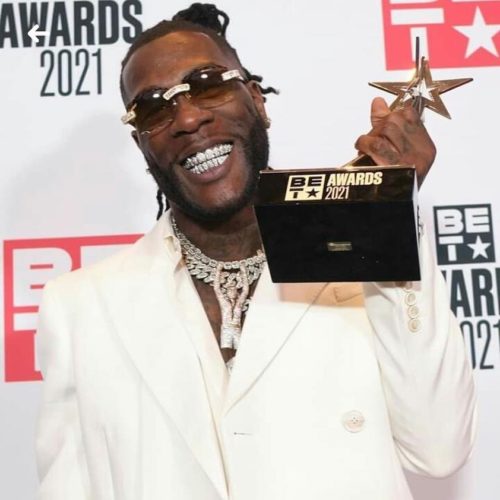 Grammy winner Burna Boy has been dropping hints about his next album for months now, and it finally feels like we are closer to its release date.

In a recent interview with the organizers of the BET award, Burna Boy disclosed that he will be dropping his next album in August.

According to Burna Boy, the new project will be released exactly the same time his Grammy award winning 2020 album, Twice As Tall blessed the ears of music lovers (August 13-14).

The Way Too Big singer dropped his race track inspired single, ‘Kilometer’ which has received massive attention and streams earlier this year. We suspect the addictive tune might just be the soon to be released album lead track. Let’s Keep Our Fingers Crossed.