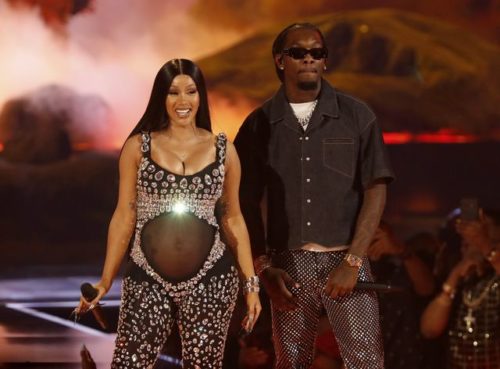 Ever since Cardi B announced that her 2nd baby is on the way, she has been making headlines.

The mother of one says he will be dropping a new album shortly after giving birth to her 2nd child in 6 months. This came after one of her fans made a sarcastic remark at Joe Biden. She listed this as well as other things she would love to achieve.

Joe budden thinks we’re never getting another cardi album who gone tell him. That album is coming and it’s coming to shake the table I don’t know what else to tell you, my sister always delivers.

Well he deadass wrong. Watch when I push out this baby wait 6 months go to Colombia get a lipo, breast reduction, learn how to pole dance again, learn how to play spade and get my political science degree, and pop out with my album …Yeup Yeup he going to wrong muahaha. Cardi claps back.

Invasion of Privacy was released in 2018, and it was Cardi’s last studio album. In that space of time, she’s given birth to her 1st child, appeared in the latest Fast & Furious film, F9, to mention a few. She’s also released and appeared on a number of successful singles including “WAP,” “Up,” and the likes.

The post Cardi B Promises To Drop New Album After Giving Birth In 6 Months appeared first on tooXclusive.