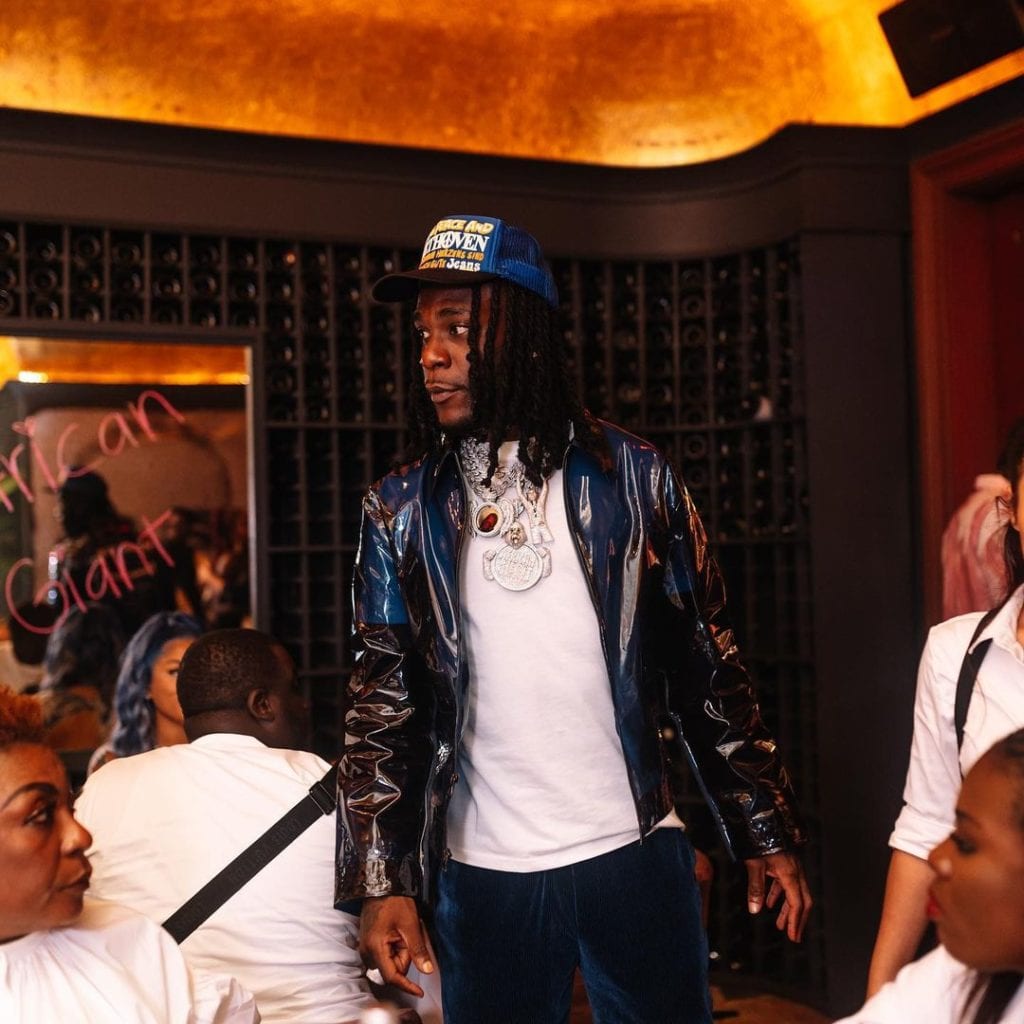 Burna Boy definitely felt the love from his family and fans as he took to Twitter to appreciate them for an awesome birthday.

Recall that Burna Boy turned 30 on the 2nd of July, 2021 and he celebrated it in Miami with close friends after his big surprise.

In his appreciation post, Burna Boy revealed that his birthday this year meant a lot to him, because at a point in his life, he was certain he wouldn’t see age 30.

He also thanked fans worldwide for celebrating his birthday in his absence and prayed that they will be celebrated in the same way. 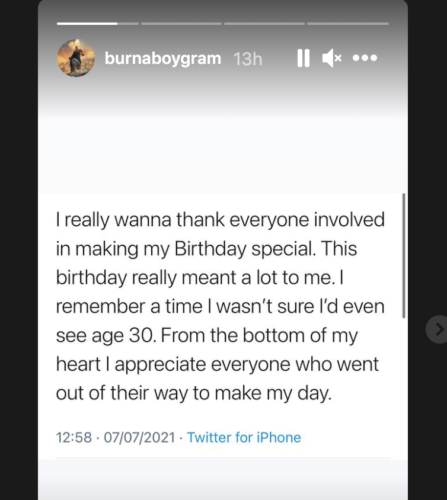 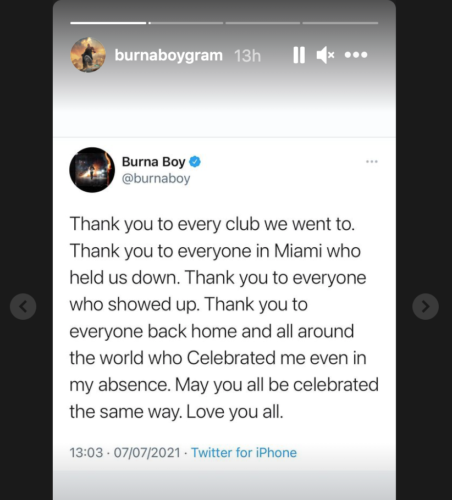 The post “I Wasn’t Sure I’d Even See Age 30” – Burna Boy Shares New Revelation In His Appreciation Post appeared first on tooXclusive.