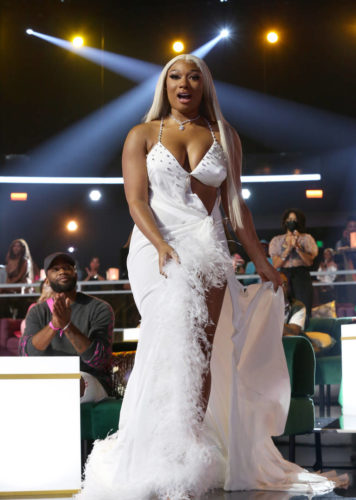 American rapper, Mehan Thee Stallion is starting to get loads of complaints from her loyal fans, “Hotties” that she’s too busy to give them the same attention that she used to show before now.

Megan, on the other hand,  has been busy with her music career and business. However, one fan joked that Megan didn’t seem to love them anymore and the rapper questioned why they believed that. Someone else chimed in and said Megan was ignoring them, but she set the record straight.

“I’m not ignoring y’all I just really be having to stay off this app sometimes lol,” Megan tweeted.

A fan replied saying that there is “a lot of toxic shit” on Twitter. Megan responded, “Like people lie on this app and believe they own lie so hard they argue for a week straight under a thread.”

She didn’t specify any particular incident, but there are plenty to choose from. Megan Thee Stallion has faced off on Twitter over Tory Lanez and DadBaby, even engaging in a brief, but tense back-and-forth with the latter