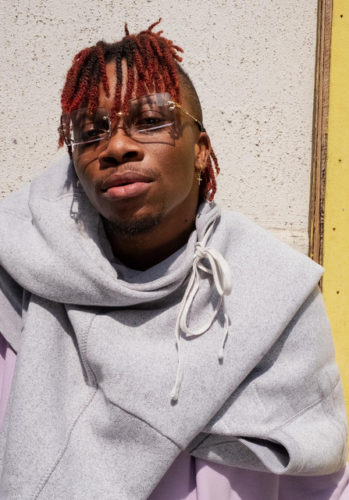 Oxlade was in his hood last night to show love to his fans in Surulere and by the look of things he had little or no security.

In a video that was shared on the official social media age of the “DKT” crooner, we could see fans trooping after him and chanting his name, while his caption read, “SURULERE”.

However, a well-meaning fan thought to advise him to get extra security when next he visits as things could switch up real fast. He further mentioned that the singer needs to be careful of people around him as he can only trust himself.

Oxlade response suggests he did not take the advice well, as he replied asking the fan to take along 2 Mobile police’s when next he visits his own family house.

In his words, “Carry two pool go your family house when u wan go see your brother” 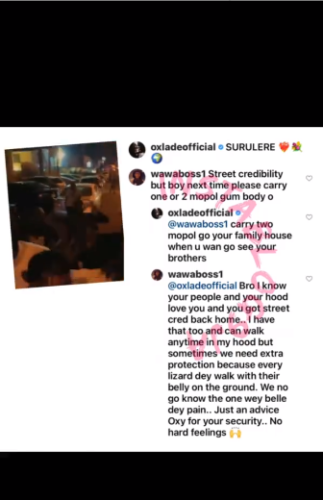 The post Oxlade Replies Fan Who Advised Extra Security Next Time He Visits His Hood appeared first on tooXclusive.