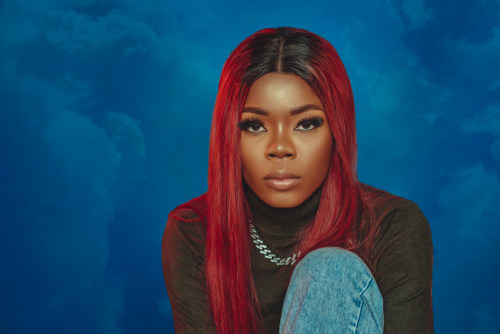 ELO RELEASES COVER ‘READY FOR LOVE’ IN ANTICIPATION FOR HER DEBUT SINGLE.

Elo, born Onobrorhe Esther Elooghene in Ughelli North Local Government Area of Delta State is a singer and songwriter. Her music experience began at a very early age when she started singing and playing in church. At age 10, she began singing and writing songs and by age 15 she knew it was only a matter of time before she took up music professionally.

Elo is a singer with a unique sound. Playful yet introspective, her Afrocentric style reflects her love of originality, vibes, and keenness for progressiveness. With her music stemming from experiences accrued from teaching, marketing, and relating to a mix of cultures, she hopes to show African music traditions’ versatility, richness, and uniqueness to a global audience. She is currently working on her debut single “Tomorrow”, which is set for release this fall.

Elo releases cover “Ready for Love” In anticipation for her debut single.

On her debut Single, Elo is unapologetically herself. She sings about the joys and challenges of love and life with such honesty that you’ll feel like she’s your best friend. From anthemic sing-alongs to nostalgic hooks, she reveals a voice that’s both playful and vulnerable. It’s a sound that reflects her Afro Centered theme.

“I hope to win a Grammy and one day and be able to say I was among the African Female artists to win a Grammy. It’s not about the plaque but about the recognition for all the women who have struggled and still do in the music industry. That would be a dream come true for me” – Elo

“With early steps, this well-formed, what will the rest of Elo’s journey look like? – “Tomorrow” shall tell.