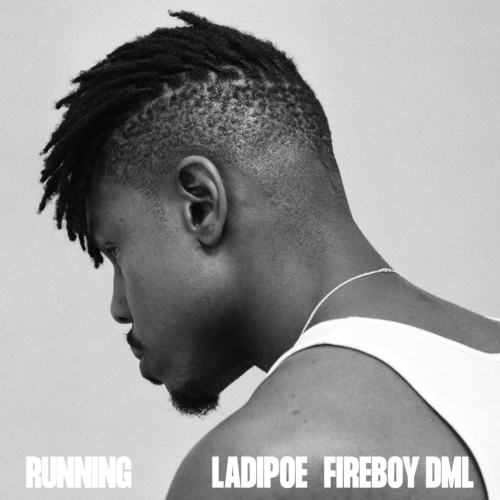 After the huge success of ‘Feeling‘ featuring Buju, Ladipoe links up with Fireboy for another fire tune titled “Running”.

Ladipoe’s international growth skyrocketed after the success of his recent single ‘Feeling’ alongside breakthrough vocalist BUJU spread across the globe. The track broke records racking up over 80M streams in addition to being the first song in Nigeria to go to No.1 on YouTube without a video. Global impact of the track contributed to a well-earned BET Awards Nomination for Best International Flow which he narrowly missed out on to Little Simz. Celebrating the success of ‘Feeling’, this summer he spent weeks in the UK immersing himself in the culture, connecting with in demand rapper Millionz before joining Mavin Records label mate Rema on stage at All Points East before returning back to Lagos.

Growing up, Poe had a very different life set out for him, he studied a double major and masters in the US, in North Carolina with the intention of becoming a doctor. It wasn’t until a friend sent him a beat that his obsession for music and writing lyrics began, and the rest they say is history. He was there at the inception of the highly regarded Alté scene, and has since worked with the likes of Tems, Teni, Falz, Crayon, Simi to name a few. LADIPOE has succeeded in switching things up and changing the narrative surrounding rappers from Nigeria. His lyrics make him stand out within the global rap scene and his lyrics never fail to invoke a reaction.

Listen to his latest single ‘Running‘ below