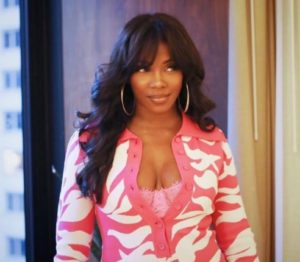 Nigerian Singer, Tiwa Savage has finally responded to those people asking her to address the leaked sex tape.

Recall that Tiwa Savage has been trending on various social media platforms after her sex tape was uploaded on the internet.

Netizens are yet to get over the shock and they are relentlessly dragging Tiwa Savage. The more considerate ones have begged her to address the issue and at least apologize as BBN Tega did.

Tiwa Savage took to her IG account to inform these fans that ‘African Bad girl’ ain’t apologizing anytime soon. According to Tiwa, it’s all a game and anyone who has a problem with the way she is handling the situation should charge it to the game and never speak of it again.

In her words, she wrote: “Charge that shit to the game n never speak on it again…”