How To Screenshot On Chromebook Trick

Chromebooks can be a little confusing for someone coming from another platform, especially because their keyboards are somewhat different than those of Macs or Windows PCs. Some keys present on other laptops are missing, while new ones have been added. However, once you know the basic key combinations for taking screenshots, you’ll be good to go.

To take a screenshot of the entire screen, use the Ctrl + Show windows key combination. The Show windows key, which looks like a rectangle with two lines on the right side, is on the top row of the keyboard (it’s the equivalent of the F5 key on a PC keyboard).

To take a screenshot of a portion of the screen, press the Shift + Ctrl + Show windows keys. You’ll see a crosshair icon; click and drag it until the part of the screen you want to copy is highlighted, and then let go.

After you’ve taken the screenshot, you might see a copy of the screenshot in a pop-out window (depending on which version of Chrome OS you’re using). It will give you the option of copying the screenshot to your clipboard or annotating the image. 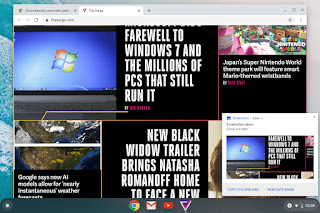 Any screenshot you take will end up in the Downloads folder. To find the folder:

Select the Launcher at the left corner of your display.

Look for the icon named “Files” under the search field. If you don’t see it, select the up arrow and look for the “Files” app there. 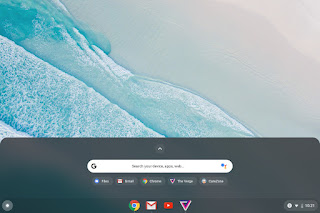 That icon will bring up your file manager. Look for your Downloads folder under the “My Files” category on the left. Your screenshots will be there. 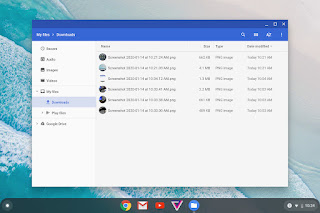 Tags
How To
Related Posts