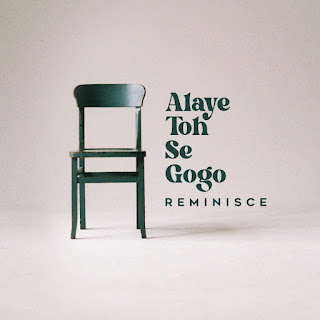 Reminisce joins the early starters as he makes a return today January 26, 2022 with the release of “Alaye Toh Se Gogo“.

Remilekun Abdulkalid Safaru, known by his stage names Reminisce and ALAGA IBILE, is a Nigerian singer, rapper, and songwriter from Ogun State. He performs in both English and his native language, Yoruba and has won prestigious awards both as a rapper and singer.

On this new Rap record, produced by Que, Alaga samples 2baba’s voice on Tony Tetuila’s ‘Omo Meta Sere’, Subbed Oladips as he reminisce on some of his past events.

According to Reminisce; “Happy to be doing this one. It’s a song that brings back so many memories as it allows me to speak on fair-weather friends, family, expectations of fans and changed priorities.

Thanks to baba @kennyogungbe for the Clearing the record SEAMLESSLY.

Was way much fun, when we had no moneyOwo wole, Niggas start acting funnyAlaga na sure guy when I roger moneyCut boys off o, you go see cunny cunnyPoint is they hate you, they love youThen they hate you againMy kids way older now, omo shit ain’t the sameI put niggas on, and some of em failed…