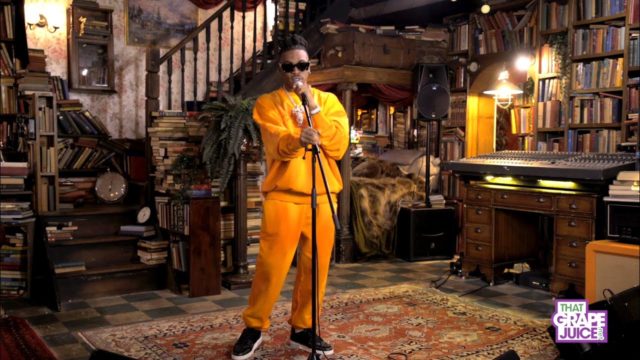 In a new video shared by That Grape Juice, Mayorkun is seen rendering a live performance of his latest hit song with Victony titled Holy Father. The video was shared via Youtube on Monday, the 17th of January 2022.

Mayorkun released his sophomore album, Back In Office last year after 3 years since the release of his debut, The Mayor of Lagos. The album included features from Flavour, Gyakie, Joeboy, DJ Maphorisa, Kabza De Small, and Victony. It is however the song with Victony, Holy Father that has proven to be a standout hit, instantly making it to the top spot on the Nigerian Apple Music chart in next to no time. The song has become a fan favorite and was one of the most played tracks at events in December.