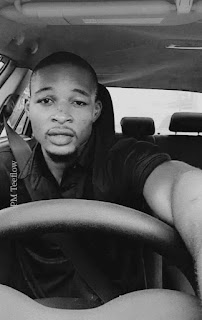 Babatunde Atoyebi with the stage name Teeflow (Sickboi) might seem to be a new name in the Nigerian music Industry but after going deep into his profile and career you'll discover he's a great fast rising afro-pop music artist. Teeflow is a Nigerian street musician who never stops to amaze the public with his own unique style of presenting music.
Profile Summary
Full Name: Babatunde Atoyebi
Stage Name: Teeflow
Date Of Birth:1st April
Place Of Birth: Lagos State
State Of Origin: Ekiti State
Nationality: Nigeria
Genres: Afro pop
Occupation: Driver, Musician.
Teeflow's Networth: Unavailable
Teeflow's Career Information
He started doing music at the age of 17, inspired by Wizkid's first Album Superstar, although he has been doing a lot of freestyles but he took the career serious after then.....
2015 was the first year he entered a studio to release the song Sisi Elelemi which is not his first song cause he's been singing way back before the release, it was his first studio recording project and it was so nice.
Teeflow's Mentor
In the future he would be like Davido and Wizkid because their success is a great achievement in the music industry and their footprint is a motivation to him.
Teeflow Songs
Over the years he's been doing a lot of freestyles and he has full tracks released with various artists.
But You Ft Starlett Dray
Rush collaboration with Starlett Dray and Water Olola
Come On It
Steady Ft Starlett
Tags
Artist Biography Biography Teeflow Biography
Related Posts